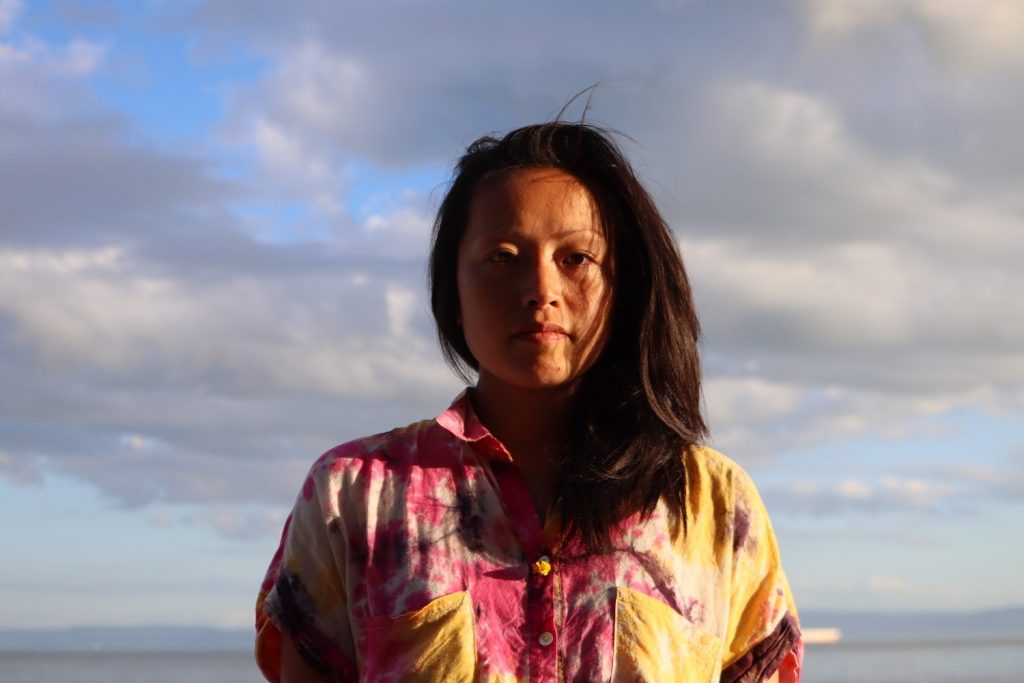 I love movement, and I love things that are pre-verbal.  I love art that touches you beyond words, that viscerally hits you.

I never really performed in many shows that were made with lots of words or using realistic acting approaches.

Once, though, I was in a dance-theatre show, with words and some realistic acting. I was the only non-white person in the cast. The director rewrote the script because of that – he rewrote my character as the outsider, and the story became about my character being ousted from the community. He apologized but said that it wouldn’t make sense otherwise.

A few years ago I stopped pursuing being a performer and making performance:

I turned down jobs as a dancer. I even lost interest in going to see dance and theatre shows.

I just had enough of this feeling of being trapped, in being seen in such limiting ways. And then I also stopped watching shows too, because no one was telling my story out there – or it was a stereotyped and reductive story, written by (probably white) people who had their own idea about ‘Oriental’ people.

I became a somatic therapist.

As a woman of East Asian / Chinese heritage, I began having conversations with other artists of East Asian and South East Asian descent (ESEA). I wanted to know whether I could be more responsible with my image, and not perpetuate things further for others.

Fast forward to a few years later, during which the pandemic happened.

I had to quit my school teaching job partly because the kids were being racist toward me because of the ‘kung flu’.

I also moved out of London to Bristol, where micro aggressions in the street still occurred and escalated during the lockdowns; always by men or boys, intimidating me with both racist and sexist confrontations.

Now I feel a strange pull towards performing again…
But this time, on my own terms.

To be continued…
For now, I am offering classes and labs as spaces to be witnessed and witness others on our own terms:
Dance Improvisation Training