Discovering the slip between human and animal, speech and sound.

A journey on the cusp of an ancient future. Worlds have been visited; water, desert, haunted spheres and analog traces; sounds whose flavours push up through the earth and hovers just above the ground. The travellers find each other through sound; their bodies dip and fall into pools of forgotten voices and tumble into new languages.  Song is rife.

They carry the residue of each world in their bones, stomach, blood. Something has been lost but this is a game of new discovery. The earth is at times made of scratch and yellow-ochre; objects are gathered, preparations are made.  The travellers are alongside each other, containing and spilling out, colliding every now and again, discovering the slip between human and animal, speech and sound.

They make an equidistant triangle, as bodies activate sound and sound activates bodies. Nothing is taken for granted. Not language, nor silence. There is a thickness in the air, there is a vibration in the movements. They do not know how long they will stay here. 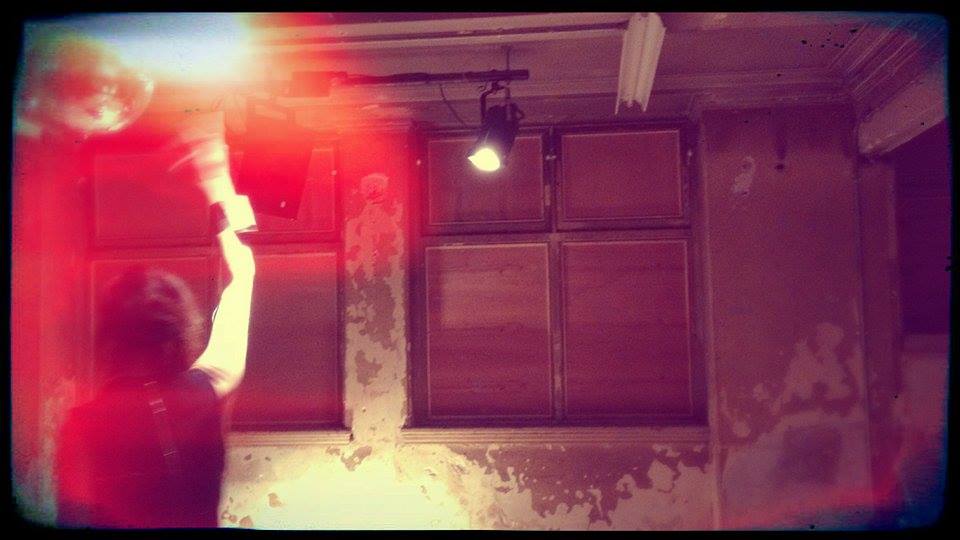 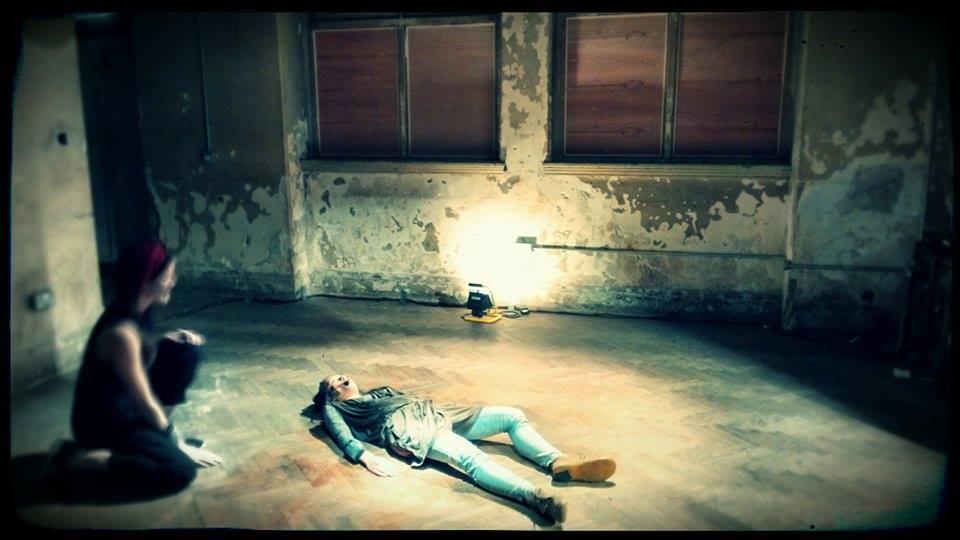 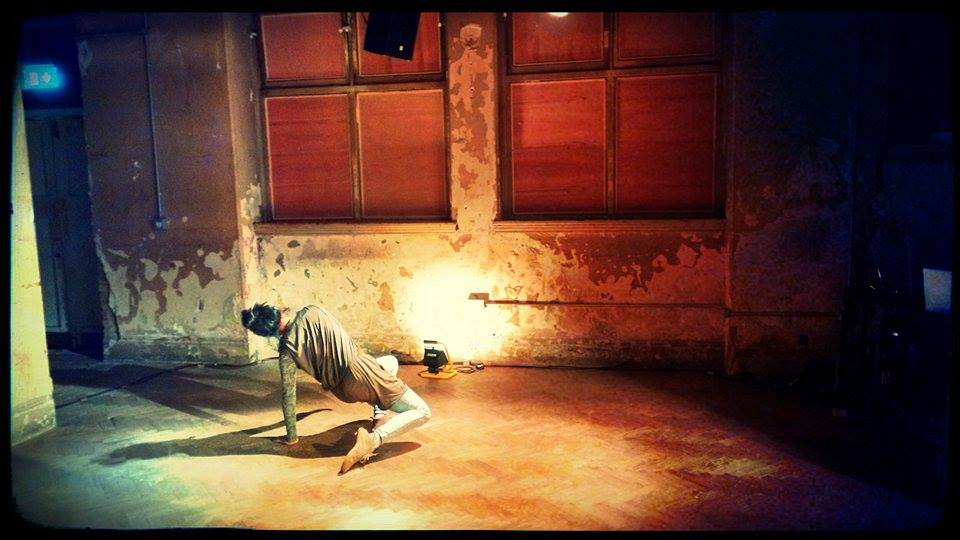 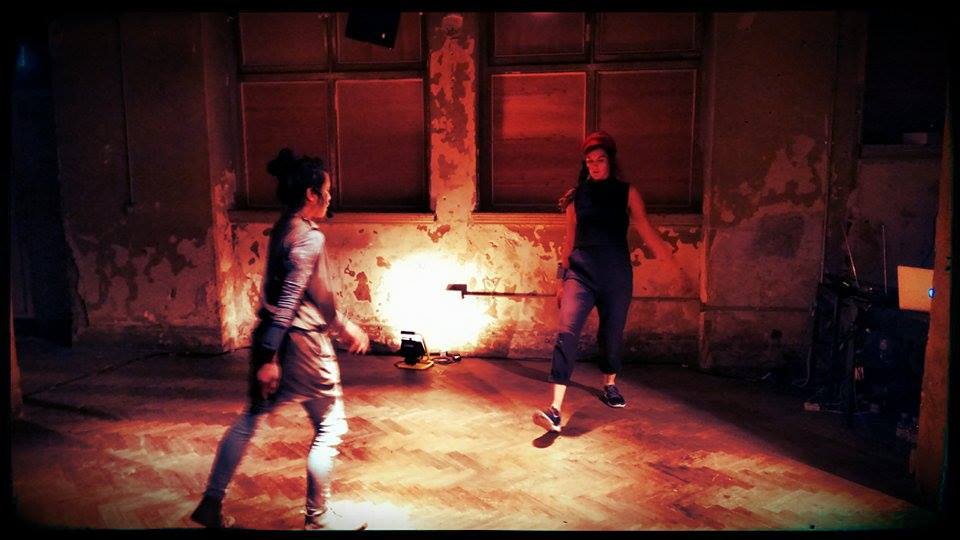